How my love for tech, people, and hustle led me to the White House - #CSEdWeek 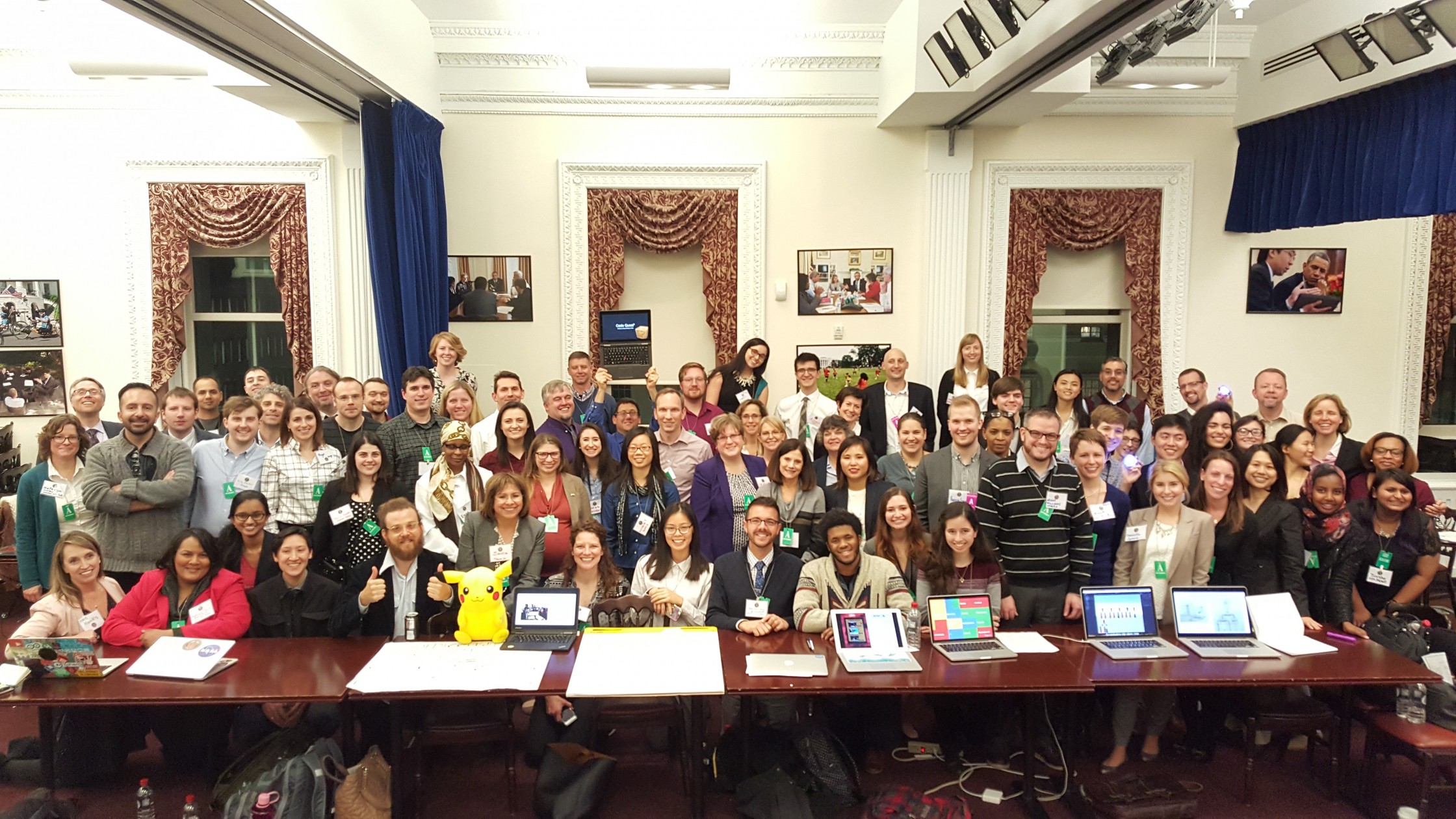 On Monday, November 23rd, I remember being extremely tired from working on a huge class project the night before and having worked all day, so I took an afternoon nap. Just a quick 30 minute tease so that I wouldn’t be groggy during my 8pm client call. (yes I have two jobs and I’m in grad school - that’s the ‘hustle’ part of the title :)

Once my alarm went off, I checked my e-mail and noticed an image preview with a White House logo and the subject “Invitation:….”. Since I was waking up from a nap, I really thought I was seeing things. How could I be receiving an invite for something at The White House? I clicked on the e-mail and to my surprise, I was really invited to the first White House CS Tech Jam on December 7th!

I scrubbed the e-mail a bit and sent it to my mom, my mentor/INTech advisor, and best friend, still in disbelief. In fact, all I could say to them was “So this just happened o_O”. My best friend immediately said that he hoped I had already booked my flight and I told him I was in full plot mode to figure out how to make this work with such short notice and school still in session (actually, with a finally presentation in Charlotte the day after). All I knew was that some how, some way, I would be in Washington, DC on Monday, December 7th!

By Thanksgiving, it had finally settled in, I was going to The White House!

How I re-arranged my life to make it to The White House:

As I stated earlier, school is indeed still in session and I had a huge final presentation in class the day after my White House appearance. I told my professor that I absolutely had to be in DC on that Monday and may be late for class. She told me no and that my group could present last and although I should have, I didn’t tell her I was actually going to The White House. For some reason I still hadn’t told many people at that point as if I’d be jinxing myself or something, so she just told me to do what I could and not kill myself to get to class. I remained completely transparent with my group members, though and told them that I would be unavailable the Monday before our project was due; however, I could do whatever I needed on that Sunday.

In addition to the class work I had to handle, I also had to lead an App Lab for INTech on Saturday, December 5th for the I Am Teen Summit at UNC Charlotte. I had spent all semester planning this event with two of my colleagues and there was no way that I could miss it.

So there it was, my travel plan:

After all of that, I am grateful for safe travels + caffeine + great spotify playlists + patience on I-95. Now, to the good stuff.

INTech at The White House

I started the day bright and early and my uber driver came in a Chrysler 300 playing classical music so I felt extremely presidential on the way into the city from Arlington, VA. I arrived at the entrance of the Eisenhower Executive Office to check-in around 7am and had to go through several security checkpoints. Once I arrived inside, I had no idea where to go and my phone has been really strange lately so of course it cut off in that moment and I couldn’t check my e-mail.

I opened up my laptop to get a charge really quickly and just decided to wait for someone else who looked like they may be attending the event to arrive. I was lucky to bump into someone who knew the building pretty well and helped me figure out where to go.

Once inside, I was starving for some reason so after sitting my things down, I headed straight to the breakfast table. Once more people started to arrive, I ended up sitting with two people form the Raspberry Pi Foundation who had flew all the way from Cambridge, England, a middle school teacher from Fairfax County, and the Director of STEM from Boston Public Schools. We had some really good conversations about what STEM initiatives we were all doing in our respective cities, however, the Raspberry Pi reps stole the show with all of their cool gadgets.

A little after 8:30am, the program started and we heard from Megan Smith, the United States Chief Technology Officer, who gave awesome remarks. She reminded us that:

Following Megan was Richard Culatta, Director, Office of Educational Technology, Department of Education. I especially loved the fact that he was so transparent about the negative statistics regarding Black students in the tech field because there weren’t a lot of us represented in the room that day.

10% of Black students graduate with degrees in Computer Science

When in the hallways, students shouldn’t have to say “I have a dream to code”, instead they should say “Look at what I have built!”’

I couldn’t agree with her more!

So what did I do while at the CS Tech Jam?

There were 14 pre-determined teams of educators, technologists, and technology enthusiasts from all over who were challenged to determine ways to get students in grades K-6 introduced to technology. We focused on K-6 because there are already many solutions for students in grades 7–12, so we were to focus primarily on elementary/early education students.

My team consisted of Jed Dearybury, an educator in South Carolina who won the Presidential Award for Excellence in Math and Science Teaching, Lance Coleman, digital strategist for Lil Wayne, Nicki Minaj, Common, etc (and master rubics cuber), and Natassja Linzau, web designer/developer and leader of Women Who Code — DC.

We were lucky in that Jed was an early childhood education teacher and helped provide the voice for other teachers at that grade level. Lance kicked us off with an idea that we modified and coupled with an idea that Jed proposed. We were excited to have an initial idea so soon that everyone agreed on and immediately went to work. After a little deliberating, we decided on the name “Computing With Class” because we liked the double entendre of the name.

Computing With Class is a newsletter in which elementary school teachers (or anyone for that matter) could subscribe to and receive hands-on Computer Science lessons, directly to their e-mail inbox. The lessons would be short enough for a teacher to intertwine into their day without taking away from their current lesson plan. They would also inform the teacher and students of the computer science application so that there is a connection made. In addition to our newsletter, our website provides a community forum in which teachers, students, and even parents, can use to further the discussion of the prompt we sent out and gain more ideas on how to make them interactive. We’d encourage our users to use #compwithclass to also share their activity via Twitter.

Wifi was a little slow, so Lance and I did what we could using our mobile hotspots. He got us set up right away with a logo, web url, Mail Chimp account, Twitter account, and a wordpress theme to support our idea. Meanwhile, Jed, Natassja, and I decided what our first newsletter would be about and I designed the newsletter using Mail Chimp. Jed also started getting our Twitter followers up and began doing some initial tweeting.

It was so amazing to see our idea come to fruition in such a short amount of time! By 3pm we were ready to go with our website, newsletter, and Twitter feed, which allowed us to go back and put any last finishing touches on everything.

The room was set up science fair style in order to allow people to walk around and learn more about everyone’s project. Everyone who came by our table was very impressed with our product and encouraged us to continue building and delivering hands-on computer science concepts to educators everywhere. It was great to receive such great feedback on an idea that we had literally come up with 4 hours prior. Unfortunately there wasn’t enough time for me to visit many of the other tables, since I had to help with our demo; however, the energy in the room was amazing and there were a lot of great ideas established in that day.

This was an amazing experience and I honestly can’t believe that I made it to The White House for a Computer Science event! God is truly working in mysterious ways so I’ll just continue my quest to get more minority girls IN Tech, building relationships with people, and above all else, hustling. 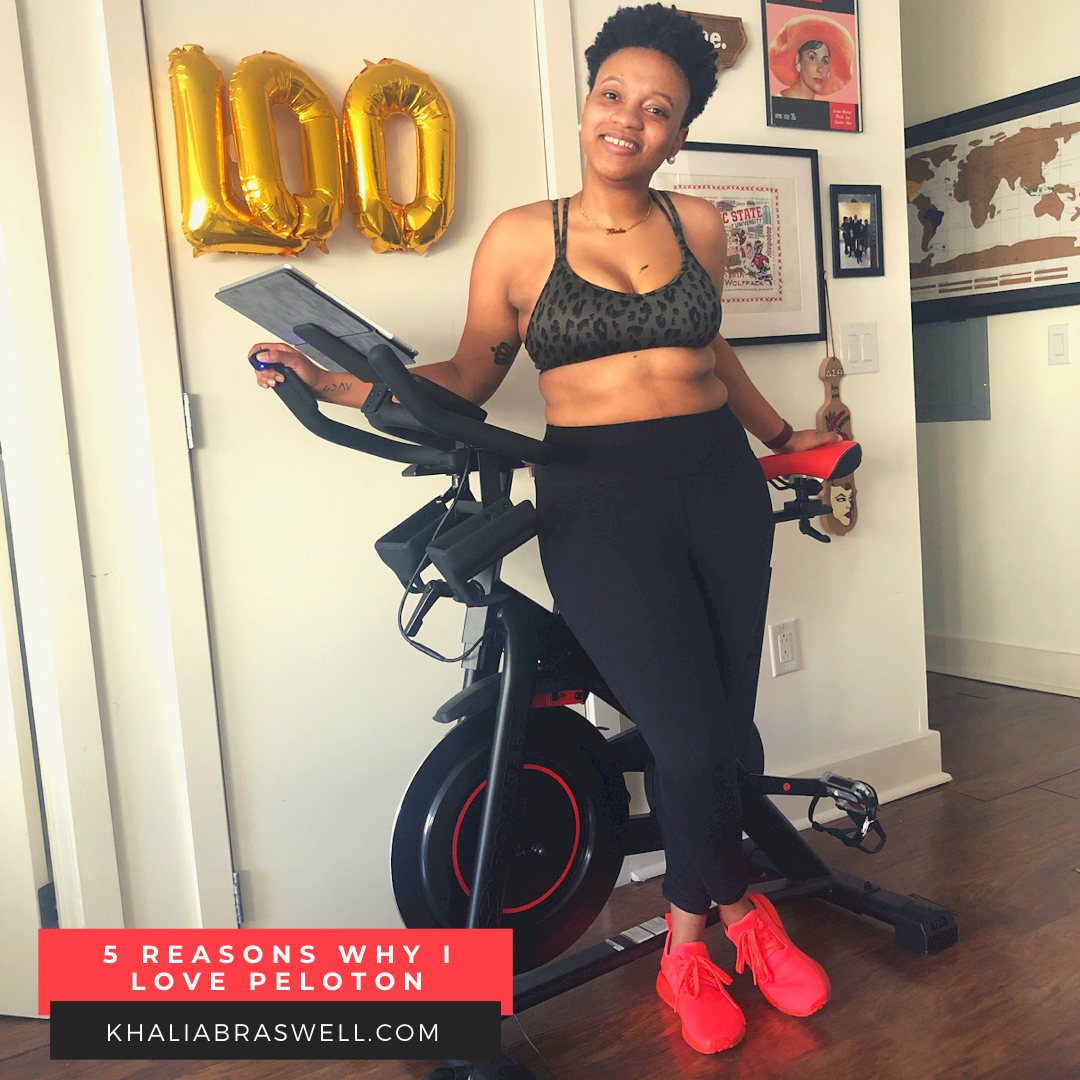 5 Reasons Why I Love Peloton 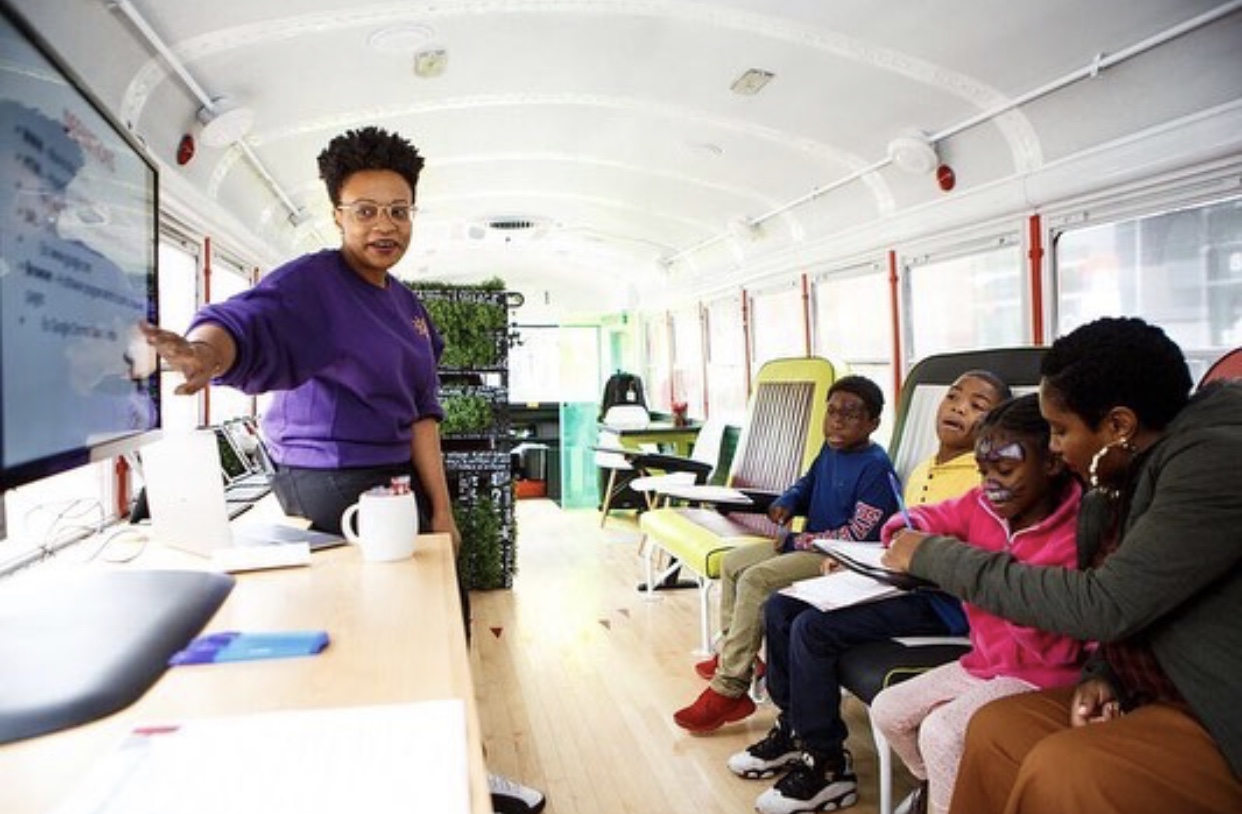 Why I switched my PhD program from Computer Science to Education 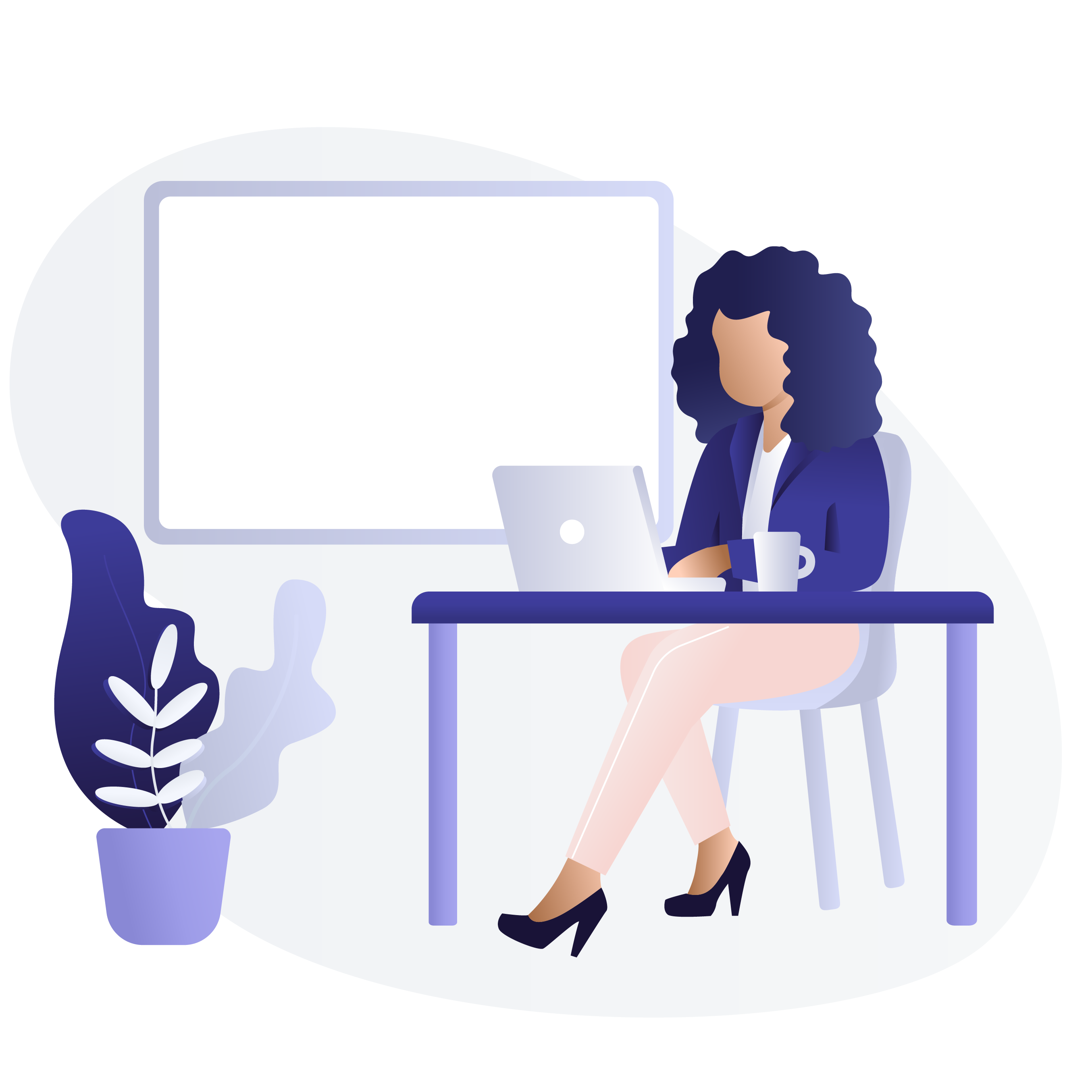